John and Linda Heater have come to TEAMS for Medical Missions from more than 25 years of preparation for and experience in full time ministry. Graduates of Washington Bible College and Capital Bible Seminary (John), they are experienced in preaching, teaching, and are specially trained in counseling. They served in youth ministry in a Washington, DC area church for fifteen years and in the pastorate for several more. They come from a strong missionary background both by family and by experience. They have organized and led many mission teams here in the States and in such overseas places as Moldova, Lithuania, Romania and France.

John and Linda have joined and are leading TEAMS for Medical Missions because they share the TEAMS vision for strong churches in Jamaica. From the home office in Allentown, Pennsylvania and in Jamaica they serve the Lord Jesus first, but then the TEAMS missionary family and the people of Jamaica.

Anne Clay RPh, joined TEAMS in July 2004 as Pharmaceuticals Coordinator. She had previously served more than ten years as an officer in the Surgeon General’s Office of the U.S. Public Health Service. Today, Anne works closely with the TEAMS Medical Director. She also takes care of procurement of medicines, their inventorying, packing, and dispensing. In addition, she is responsible for registration of J-Teams physicians in Jamaica and most other medical matters. In Jamaica, she serves as pharmacist and as Medical Coordinator for J-Teams. This provides continuity and qualified oversight to the medical side of the work.

Mike & Jayne Kauffman met on a basketball mission trip to a closed nation in East Africa in 2006.They have

served with an international sports organization for the past 9 years leading teams overseas, training, recruiting, leading camps, and serving in local home school and after school programs. Prior to that, Mike was a certified athletic trainer at a local high school for 9 years, and Jayne’s background is in teaching and running her own small business. They enjoy most things outdoors and all things sports, connecting with and investing in people, and traveling immensely. In November, 2019 they shadowed the Heaters on the J-Team in preparation for officially joining the T4MM family in early 2020. Jase joined them almost three years ago and loves anything that involves a ball, emergency vehicle or tools. He also talks about going back to “Joo-maica” to visit his friends quite often. They are excited about building relationships and engaging with kids, mentoring young men, joining the T4MM missionaries on J-Teams, and seeing what other opportunities the Lord brings. 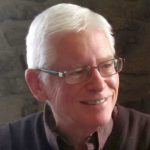 Ray Shive andhis wife, Ruth came to TEAMS for Medical Missions in mid-2001. Prior to that they were involved in pastoral and teaching ministries in the United States, then for 20 years in cross-cultural missions in South Africa and later in USA home office administration.

Ray and Ruth brought to TEAMS a vision for strong Jamaican churches. This came to mean a year-round ministry with existing churches through on-field missionaries and regular J-Team visits. This ministry emphasis continues to this day.

They retired in June 2014 and Ruth went to be with the Lord in April 2017. Ray continues to serve the Lord in the area of foreign missions but also in other teaching and writing ministries.

The Board of Directors